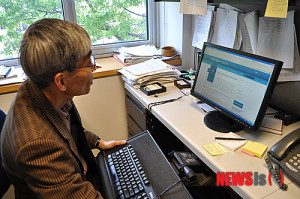 Pyong Gap Min is Distinguished Professor of Sociology at Queens College and the Graduate Center of the City University of New York. He also serves as Director of the Research Center for Korean Community at Queens College.

He is the author of five English-language books, all focusing on Korean immigrants’ experiences. They include Caught in the Middle: Korean Communities in New York and Los Angeles (1996), the winner of two national book awards, and Preserving Ethnicity through Religion in America: Korean Protestants and Indian Hindus across Generations (2010), the winner of three national book awards. He edited or co-edited eight books, including Mass Migration to the United States: Classical and Contemporary Periods (2002) and Koreans in North America: Their Twenty-First Century Experiences (2013). He received the Career Distinguished Award from the International Migration Section of the American Sociological Association in 2012. He is the only Asian American sociologist who has ever received this prestigious award. He is one of the six recipients of “Proud Korean Awards” from the Overseas Korean Journalists’ Association in 2013. He is the only one selected for this award from the U.S. Korean community.

He completed his undergraduate education at Seoul National University majoring in history. He received a master’s degree in history and two Ph.D. degrees, one in educational philosophy and the other in sociology, all from Georgia State University.

He is currently completing three book manuscripts: Korean Immigrants’ Korean Cultural Activities and Their Effects on New Yorkers, A History of the Korean Community in The New York-New Jersey Area, and Immigrant Entrepreneurship (with Chigon Kim as a Co-author).  The following three are among his current research projects:  “The Relationship between Korean Immigrant Merchants and Latino Immigrant Employees,” “Korean-Chinese Immigrants in New York City,” and “St. Paul Jung Ha Sang Catholic Church of New York: A Historical and Sociological Study.”